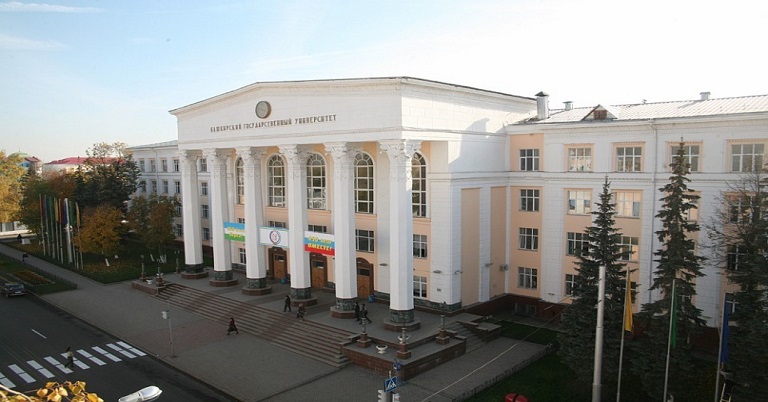 Russia is the World’s biggest country with its vast territory that occupies the east of Europe and the north of Asia, i.e. 11.46% of the Earth’s land area. Russia is washed by the waters of twelve seas and three oceans: the Arctic in the North, the Atlantic in the West and the Pacific in the East. The Country has thousands of rivers and about 2 million lakes, among which are the Caspian Sea, the biggest lake in the world, and Baikal, the world’s deepest fresh-water lake. Neighboring 18 countries (Norway, Finland, Estonia, Latvia, Lithuania, Poland, Belarus, Ukraine, Georgia, Abkhazia, south Ossetia, Azerbaijan Kazakhstan, and china, Mongolia, North Korea, Japan and the U.S.)& having World’s longer land border of about 60,000 km (over 37,000 miles) Russia has a Population of

142,905,200. With about 80% of the Population being ethnic Russians, the rest 20% covers more than 150 nationalities living in Russia. The Official Language is Russian. As for the religion communities, the majority of Russian people are orthodox Christens, there are also many Muslims Catholics, Hebrews& Buddhists.

Russia has a vast Territory that stretches for about 9,000 km (almost 6,000 miles) from west to east, spanning the country territory into 11 time zones. Russia is a democratic federative state with a republican from of Government and a head of the state is the President elected by the citizen of Russia every six Years. The Current Russian President is Vladimir Putin, the Supreme commander of the country’s armed Forces. The Government is headed by Prime Minister Dmitry Medvedev Endowed with an executive Power.

UFA is city in Russia, the capital of the Republic of Bashkortostan. The Population of the city (2007) is 1023000 people in borders of the city. Ufa is one of the twelve largest cities of Russia with population more than one million people. The city is situated on the banks of the river Belaya (white) at the confluence of the rivers Ufa and Dyoma in it, on Pribelskaya ridged wavy plain, at a distance of 100 km to the west from ridges of theBaskhir(Southern) Ural Mountains.

The Climate is Continental, rather wet; summers are warm; winters are moderately cold and long. Ufa is in the time zone designated by the international standard as Yekaterinburg Time Zone (YEKT/YEKTST) Displacement Concerning UTC make + 5:00 (YEKT, winter time) an + 6:00 (YEKTST, Summertime) as in this time zone transfer to summertime is in force. Concerning Moscow time zone has constant displacement +2 hours and is designated in Russia correspondingly as MSK+2 UFA is a large Inter-regional Transport junction of Russia; there are railways, automobiles highways, air and river ways there.  The navigable river Belaya and its inflow the Ufa Intersect there with the Trans Siberian railway. Highways connect the city with Moscow, Chelyabinsk, kazan, Samara and Orenburg. since 1938 regular airlines work in the of Ufa. Regular internal flights to 27 cities of Russia and regular international flights to the cities of Antalya, Barcelona, Dalaman, Istanbul, Tashkent, Frankfurtan main, and khojend are accomplished at the international airport“Ufa” the railways, passing through Ufa, Provide the communication of the western and central areas of Russia with Ural Mountains and Siberia. Ufa Teachers’ institute Organized in 1909 was the first educational institution in Ufa, which trained under the Program of University

level higher Education In 1920 it was Recognized in to the Institute of National Education; then it became Pedagogical institute. In 1957 the Establishment. Got the name of Bashkir state University. Now in Ufa and in the Republic of Bashkortostan 11 independent state Institutions of University level higher education train specialist on 169 directions and specialties. The General number of Student of higher educational institutions is more than 50 thousand people, 76 educational institutions of non- University

level higher education train students on 109 directions. 11 postgraduate studies of higher educational institutions prepare scientific and pedagogical staff. Bashkir State Medical University is one of the Leading Medical Universities in Russian Federation and the center of Medical and Pharmaceutical science of the Republic of Bashkortostan.It was established by the Decree of the council of Peoples commissars in 1909. Institution Opened its doors on 1909under the name of Bashkir Medical Institute. At first there was only one Faculty – faculty of general Medicine. In 1961 Faculty of Pediatric was created, in 1970- Faculty of Preventive Medicine (late renamed to Faculty of Preventive Medicine and Microbiology), in 1976- faculty of Dentistry, in 1981- faculty of Pharmacy.In 2006 Faculty of Nursing was introduced.

For more than 80 years BSMU has been successfully Training Specialists for Health care, Scientific and pedagogical work in the sphere of Professional medical and pharmaceutical education of the Russian Federation. in that time about 37 000 physicians of different specialties graduated from Bashkir State Medical University. International Cooperation Expansion of International Cooperation and Internationalization of the University are the key priorities of Bashkir State Medical University. Main Directions of International Activities of BSMU include academic mibility of faculty and Students, Joint Scientific Projects and Professional Exchanges.

In Our University we have preparatory courses for Foreign Citizens who want to study in Russian Language Further. The Courses help you to improve your language abilities (for those who know Russian and want to improve it) and help to learn the Russian Language from the very beginning (for those who don’t know the language at all). The courses start in October and last till June-July. Together with the Russian language you will study other subjects such as chemistry, biology, Physics, i.e. Medico-oriented Subject.

(MCI) India, (MMC) Malaysia and many other countries. Students from 26 countries of Europe, Asia, Latin

The Departments of the Faculty are Equipped with modern Diagnostic Facilities.

Foreign scientists and consultants are invited to deliver lectures.

The Fees for studying MBBS in Russia would cost you approximately the same as what it would here in India. Medical Education in Russia is subsidized by the Russian Government by 60-70% compared to western countries.

BSMU Clinic is a unique medical incitation, a teaching, medical and scientific base of Bashkir state Medical University. There are 625 beds, over 24 000 patients from around Russia get treatment; more than 10 000  surgeries are performed and about 4 000 babies are annually delivered here. Clinic has thoracic surgery, obstetrics and Gynecology, oncology, urology, abdominal surgery, therapy and neurology departments.

Participate in the university among Universities of Russian medical Institutions. The University has all the condition to the students throughout the school can maintain a healthy Lifestyle.

BSMU has huge library in which all needy books are available for students. Number of Circulation including electronic delivery of books) are 8, 91,415 (1,26,123) and 398 number of seats are available in the reading rooms.

There are also laboratories and computer classes available with all modern facilities.

Baskhir State Medical University Russia 2023 has five hostels, where can live 2000 students. Rooms for students are

Comfortable and fully furnished. There are different types of rooms for students: boys and girls live separately. The rooms are on sharing basis of two or three persons per room. Students, who live in the hostels, easily get to the University by foot as hostels are situated very closely to the Universities. The hostels are centrally heated like (sir-conditioned) and fully furnished. Hostels are well equipped with wired as well as Wi-Fi internet; there is a dinning mess and cafeteria in hostel buildings as well as in the main block of university, where food is provided to students as t very nominal charges. Students can get Indian food at the canteen of the hostel. Dinning Mess

works From 10:00 to 22:00 Hrs Every day. All the hostels are well guarded with police security.

We are glad to welcome you in the Bashkir State Medical University.

Bashkir State Medical University is the center of Medical and Pharmaceutical science of Bashkortostan Republic.

For 80 years our Institution has been successfully training specialists for health care, scientific and pedagogical work in the sphere Professional medical and pharmaceutical. Education of the Russian Federation, Scholars of Bashkir Stare Medical University successfully represent our Republic and Russia at the international events in different fields of natural sciences. The University faculty consists of famous scholars and medical practitioners who are involved in teaching, medical and scientific activities. BSMU possesses Material and technical resources, training facilities, and a large library stock.

BSMU is famous for its schools of surgeons, oncologists, cardiologists, morphologists throughout Russian Federation and world medical institutions. We are glad to open our doors for new students from around the world, and welcome opportunities for international cooperation in educational, scientific and innovative work.